Wear the power of love and passion around your wrist with this red garnet bracelet!   Whether you’re looking to add some extra romance to your life or you just want to feel confident and sexy, this bracelet is sure to give you that boost! It is the perfect accessory for anyone looking to increase their love and passion. Red garnet is known to promote positive energy and increase feelings of love, joy, happiness, and passion. 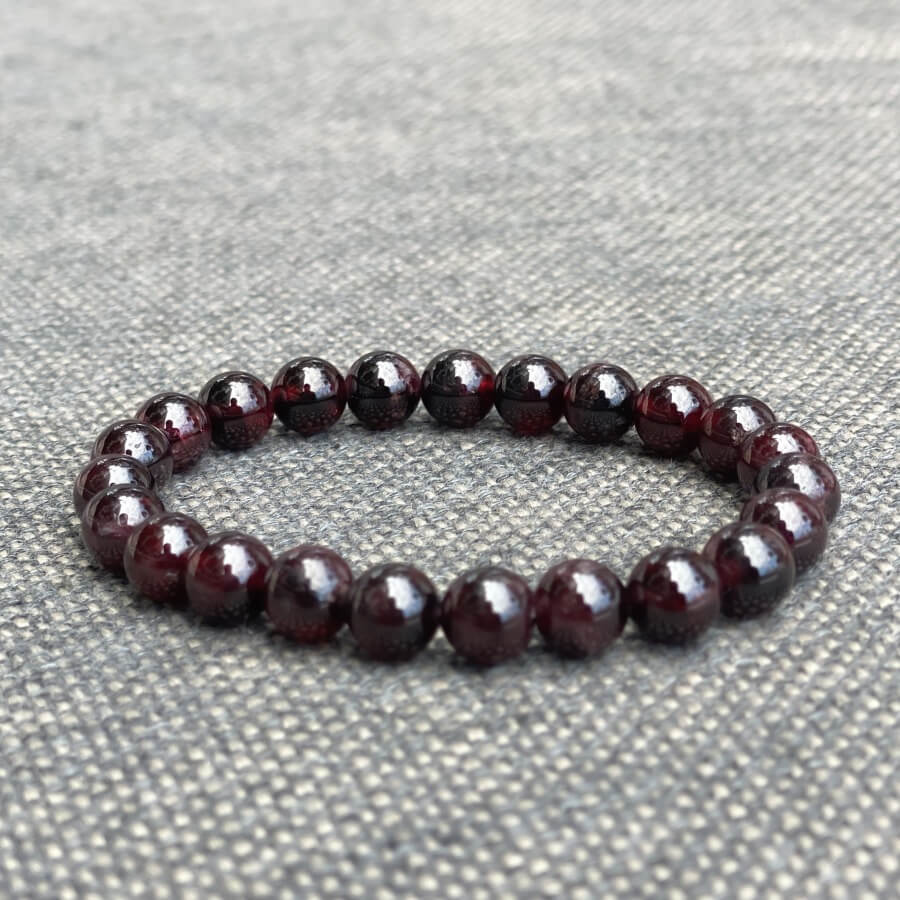 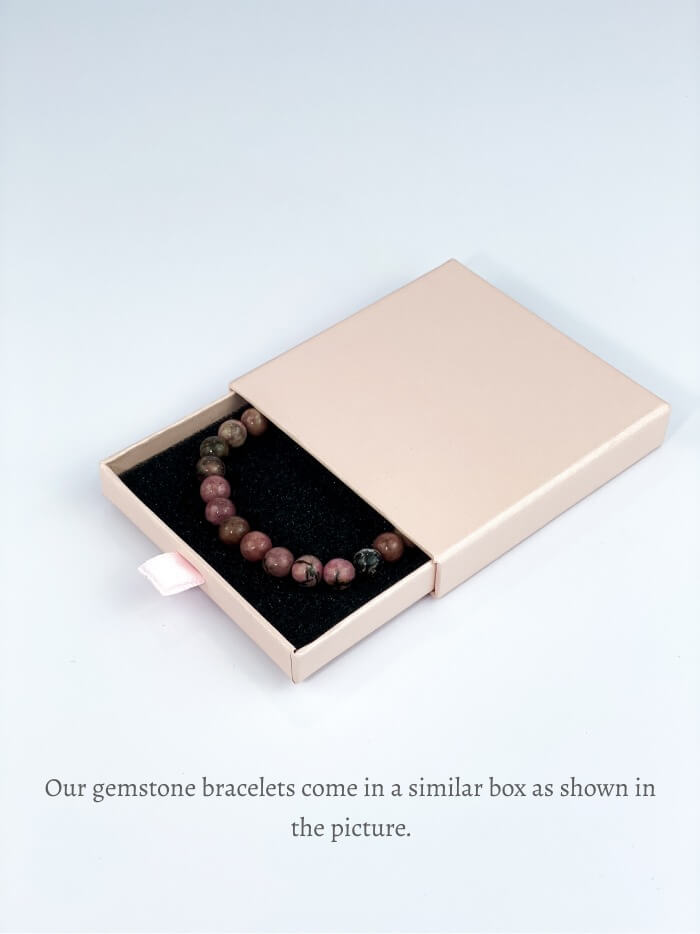 Disclaimer: Gems have been used for centuries as a guide in life and spiritual talismans. But it is important to consult your doctor if you are experiencing serious medical problems.

Garnets come in a wide variety of colors, but red is the most common. The word “garnet” comes from the Latin word “garanatus,” meaning “seed-like.” This name was given to the stone because of its resemblance to a pomegranate seed.

Red garnet is associated with love and passion and has been used for centuries as an amulet to attract love. It is also said to increase sexual energy and fertility. In addition, red garnet bracelet is thought to be a powerful protector against negative energy and harm. It is said to help ground one’s energies and connect them with the Earth.

Check out our Full Guide for more information: Garnet Crystal

How to Cleanse Red Garnet Bracelet?

You can cleanse your red garnet bracelet by placing it on a piece of earth, such as a tree or plant. The natural energy of the earth will help to cleanse and recharge the gemstones.

You can also use a Himalayan salt lamp to cleanse and recharge your red garnet bracelet. The salt lamp will emit negative ions, which will help to purify the energy of the gemstones.

How to Charge Red Garnet Bracelet?

You can also try charging it with sunlight or moonlight, or by playing certain types of music near it. The type of music you choose may depend on your personal preference or on the type of energy you’d like to infuse into the bracelet.

How to meditate with Red Garnet Bracelet?

Before you sleep, sit in a comfortable position and clasp the red garnet bracelet around your left wrist.

Take a few deep breaths and close your eyes. Visualize the red garnet stones emanating healing energy into your body. As you inhale, feel the energy entering through your lungs and spreading throughout your whole being. As you exhale, feel any stress or negativity leaving your body along with the breath.

Continue to breathe deeply for 5-10 minutes, or until you feel relaxed and at peace.

How to take care of Red Garnet Bracelet

Red garnet is known as a stone of vitality and energy, so keeping your bracelet in good condition is important if you want to maintain its beneficial properties. Enjoy wearing your beautiful red garnet bracelet!

Be sure not to:

There are a few things to avoid when wearing a red garnet bracelet. First and foremost, don’t wear it while participating in any strenuous activity. Garnet is a very hard stone, and can easily scratch other gemstones or surfaces it comes in contact with. Secondly, avoid exposing your bracelet to harsh chemicals or direct sunlight. Finally, clean your bracelet regularly with a soft cloth to prevent build-up of dirt and oils.

Red Garnet is associated with the root chakra, which is located at the base of the spine. The root chakra is our foundation and represents our connection to the earth. It controls our basic needs, such as food, water, shelter, and safety. When this chakra is balanced, we feel grounded and secure. We are able to provide for ourselves and our loved ones, and we have a strong sense of self-preservation.

Red Garnet Combination with other crystals

Red Garnet is a crystal that is said to encourage passion, courage and strength. It’s also thought to be a powerful protection stone. When paired with other crystals, Red Garnet can amplify their effects.

Some of the best crystals to combine with Red Garnet include Amethyst, Citrine, Clear Quartz, Smokey Quartz and Rose Quartz.

Amethyst is known for its calming and supportive energy,

Can Red Garnet Bracelet be given as a gift?

Yes, a red garnet bracelet can be given as a gift. Garnets come in many different colors, but red is the most common. Garnets are said to be a symbol of love and passion, so they make a perfect romantic gift. They are also said to be good for promoting prosperity and strength, making them a good choice for someone who is embarking on a new venture.

When choosing a garnet bracelet as a gift, it’s important to consider the recipient’s personality and what they like to wear. Some people prefer simple designs while others prefer more elaborate pieces. If you’re not sure what style the person you’re gifting likes, it might be best to stick with something classic

Red Garnet Bracelet is special because it is a beautiful stone that comes in a range of colors, from deep red to light pink. It has been used as jewelry for centuries and is said to have spiritual and healing properties.

It’s a January birthstone bracelet and is thought to promote good health, vitality, and energy. It is also said to be helpful in relieving stress and promoting positive thinking. Red garnet is especially known for its heart-healing properties, and wearing or carrying a red garnet bracelet can help to keep the wearer’s heart-healthy and happy.

Is it authentic Red Garnet?

Yes, it is authentic Red Garnet. The bracelet is made of high-grade real garnet beads.

Subscribe to our Healing Crystals Video Courses to learn more